James Bradley - Back To Being Me 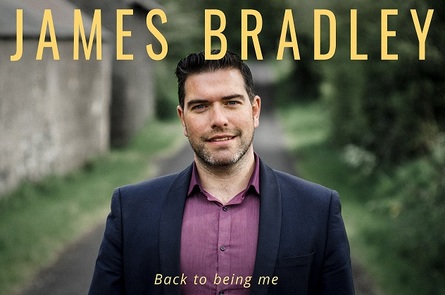 After the widely received success of his first album, “Bright Lights On Broadway”, and a wonderful sold out album launch last year here in the Burnavon, James Bradley returns for his second album
launch - “Back To Being Me”.

Another evening of beautiful songs and stories from his second album. The second album takes on songs about finding a new musical direction, as well as getting back to being, and feeling good again. It's the first album, with new songs written, after the tragic loss of James’ son Daniel, and tells a story of finding peace and happiness after all that has happened. It promises to be a fantastic night for all the family and not to be missed.
Performed with a live full band, including Paul Casey on guitars (Chris Rea). Liam Bradley on drums & Percussion (Ronan Keating,Paul Casey,Van Morrison). Johnny McCullough on Piano & Hammond (Sinead O'Connor,Ken Haddock). Lauren Doherty, Backing Vocals & harmonies.