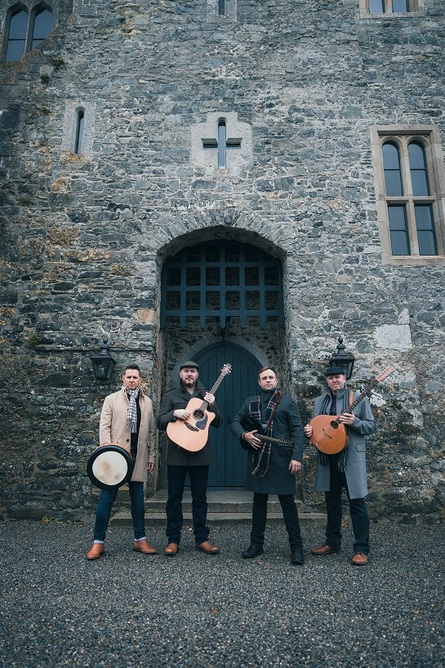 The High Kings return to Burnavon in Cookstown on Saturday 17th December 2022.
The band will bring their contemporary adaptation of traditional Irish music, Celtic music, and original compositions to the stage as part of their Winter Tour 2022/2023. The High Kings are one of Ireland’s most famous pop folk groups and have quickly become household names with consistently sold out shows at venues throughout the country.
A night with the High Kings is a trip down memory lane reminiscing over some of Irelands greatest traditional folk songs. Bringing a new sound to traditional Irish Classics, while still holding Irish history in the unique style and voice. Collectively the High Kings members play thirteen instruments, throughout their performance as they interact with the audience in their own unique way.
Exciting times are a head for Finbarr Clancy, Darren Holden, Brian Dunphy and Paul O’ Brien the four talented musicians that make up Irelands favourite folk group as the embark on their 15 year as The High Kings with a new album in the making and tours of the USA and Europe attracting larger crowds