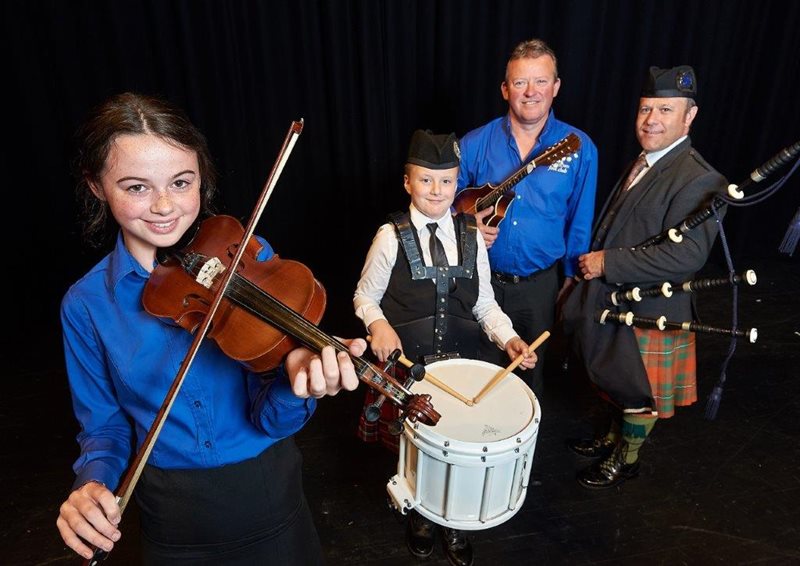 Launched in 2007 by Donald Canavan, and supported by Council since, this programme has seen over 2000 primary school children receive weekly tuition in Irish and Scottish traditional music, including tin whistle, flute, guitar, fiddle, mandolin and banjo. The participants are given the opportunity to perform on the Burnavon stage at our annual concerts.

Cookstown Youth Choir was formed in 2008, and supported by Council since. The choir is for boys and girls aged 11 – 18 years and is conducted by Meta Bell. Rehearsals take place weekly in the Burnavon and the group perform in numerous venues throughout the academic year.

The Burnavon Writers Group meet on Thursdays from 7pm – 9pm in the Burnavon throughout Autumn, Winter and Spring seasons. Meetings take place on a fortnightly basis and are a mix of tutor led workshops, guest speakers, special events and open writing sessions, there is much to learn and even more to enjoy.

Cookstown Folk Club is a cross community music group. It was formed in 2011 and led by Donald Canavan, with help from several life-long musician friends, and a number of young people who graduated from the hugely successful Traditional Music in Schools project. The club practice every week in the Burnavon and take part in numerous events throughout the year, both in Cookstown and further afield.

Superstars Theatre Group is supported by Mid Ulster District Council to meet weekly to rehearse in the Burnavon for a fantastic show at the end of each academic year. There is a producer and many volunteers involved, members of the group have learning disabilities and many also have physical disabilities. Their skills and self-confidence grow each year and the shows keep getting better and better with an eagerly awaited annual performance each June in the Burnavon.